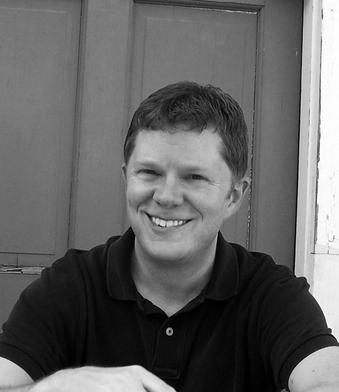 On the third Saturday evening of every month, the Morton family gathers together for their traditional board game night at Mom and Dad's house. Tonight, however, will be a little different than the usual round of Monopoly or Clue. Andrea, unbeknownst to her aging parents, husband Jimmy, teenaged daughter Chloe, or snarky brother Max, has brought along a new game designed to get her repressed family talking about issues they'd rather avoid. It's called "We're All Going to Die (Eventually)!"

What starts out as a mildly irritating board game featuring glitter and Grim Reaper hand puppets suddenly turns darker as three generations of the Morton family struggle with articulating wildly different views about their individual end of life (and afterlife) choices. In poignant flash forwards, we begin to see the endgame of how those choices will eventually play out.

Family Game Night was produced by the Provincetown Theater Foundation as a staged reading starring Kathleen Turner in Provincetown, MA in 2021.

In addition, Family Game Night was chosen to participate in the 2020 New Works Virtual Festival, a Broadway all-star fundraiser to benefit the Actors' Fund.  Participating in the online reading were Tony nominees Carmen Cusack, Richard Kind, and Liz Larsen.

Family Game Night was also chosen as a 2020 semifinalist for the Eugene O'Neill National Playwriting Conference , Landing Theatre of Houston's New American Voices Playwriting Festival, and Barrington Stage's Burman New Play Award.  Additionally, it was selected as a finalist for Bloomington Playwrights Project's 2020 Reva Shiner Comedy Award. It was produced in 2018 in Northampton, MA as a staged reading for Play by Play: A Festival of New Works sponsored by The Northampton Playwrights Lab and The Massachusetts Cultural Council.

In a small desert town in southwestern Colorado, the death of archaeologist Sandy Adelfan is a catalyst for friends and family to begin excavating their own tangled pasts. Greg, Sandy's son and colleague, unearths  a family secret  that threatens the Adelfan legacy. Becky, Greg's ex-wife, returns to the Southwest for Sandy's funeral and a final reckoning with Greg, who may or may not have left her for dead in the desert years ago. The Skinwalker, a spectral figure that haunts the desert, begins to infiltrate the Adelfan family narrative as reality starts to deteriorate and trusted relationships erode.

On a small island off the coast of Massachusetts, the residents of Jigsaw Harbor are familiar with love, loss, and death. Duke DeProspero is going blind and suffering from Charles Bonnet syndrome, a disease that fills his remaining vision with phantoms. His daughter, Mira, and future son-in-law, Cal, struggle with their relationship after Cal returns home from Afghanistan, facially disfigured and broken. Toshi Kobayashi, a Japanese immigrant and Tina Turner impersonator performing aboard the Proud Mary ferry twice daily on weekdays, realizes that her legs aren't what they used to be. And a serial arsonist that is plaguing the community may signal the return of something even more malevolent resurfacing from the island's past.

A one night stand from an online hookup rapidly deteriorates as both participants realize they’ve exposed their vulnerabilities to the wrong person.

A routine board game night turns darker as discussion turns toward what family members want (or don't want) when it comes time to make end of life medical and funerary decisions.

"...This play tackles family communication head on, and surprises with its sincerity and heartfelt performances...Best in Show." (Alina Butt, The Newspaper, The University of Toronto's Independent Paper)

"I loved it. It was definitely my favourite of the six. Well written with natural dialogue...and about a subject that we don’t want to discuss, but should. I was particularly impressed that Kennedy managed to fit a plot twist into a 10 minute play. And the game! If it doesn’t exist, it should." (Sam Mooney, mooneyontheatre.com)

Family Game Night was produced Off-Off Broadway as part of the Long Island City One-Act Festival at the Secret Theatre in New York City.  It was also produced as a winning selection in Theatre Inspirato's International Ten-Minute Play Competition in Toronto, CA, where it received a People's Choice Award for Best Play.  In addition, it was produced as part of Oil Lamp Theater's professional touring production "On The Road" in Glenview, IL, and as a winning selection in Silverthorne Theatre's Short and Sweet National Ten-Minute Play Competition in Greenfield, MA.

A divorcing couple prepares to move out of the house that is haunted by their past relationship--and possibly by something else.

Deep Water was produced as a winner of The University of Houston's National Ten-Minute Play Contest and also as a selection in the Boston Theater Marathon.

​
Three voicemails: New York City, Washington, DC, and United Airlines Flight 93. How do you find closure when there's no one on the other end of the line? What do you say when you know your voice is already becoming part of someone's past? Three intersecting monologues reveal the tragedy, humor, and quiet grace of ordinary people confronted with extraordinary events.