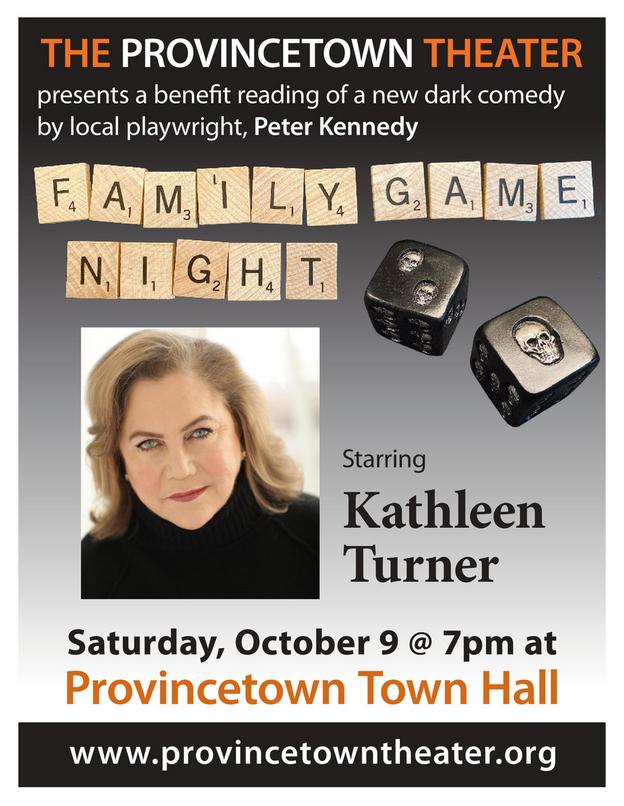 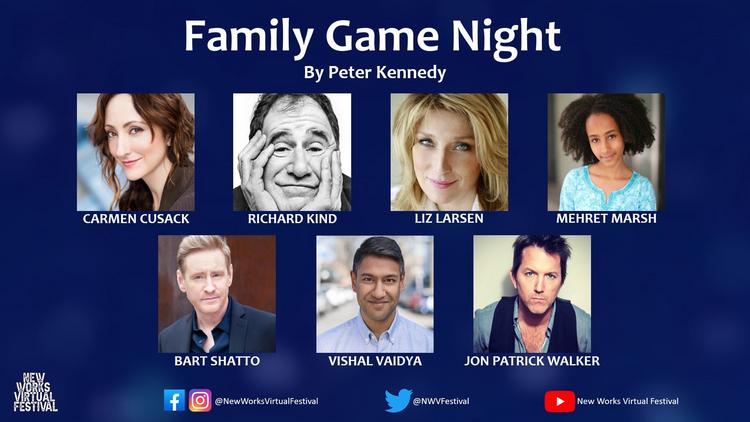 Legendary film and stage star KATHLEEN TURNER will be heading a one night only benefit reading of FAMILY GAME NIGHT for the Provincetown, MA Theater Foundation!

Ms. Turner, known for her iconic roles in films such as Romancing The Stone, Prizzi’s Honor,  Body Heat, and Peggy Sue Got Married, is a two-time Golden Globe winner and an Academy Award, BAFTA, and Grammy award nominee. She has also starred in the Broadway productions of High, The Graduate, and Indiscretions, as well as penning two best-selling novels.

I am absolutely THRILLED to announce that my full length dark comedy play, Family Game Night, has been chosen to be part of an all-star fundraiser for The Actors’ Fund. The New Works Virtual Festival will feature Broadway and screen actors coming together with playwrights and television writers for online readings of 20 new works from Saturday, December 5- Friday, December 25.

Family Game Night will premiere on Sunday, December 20th at 8PM, and remain available for streaming along with the rest of the festival productions for one full year.  Here's a link to the New Works Virtual Festival's Facebook page, where you can watch it live.  Additionally, you may watch on NWVF's Youtube channel here.